It has been 3 months since, I’ve been home… and as expected I left a huge part of my heart in Ukraine. It’s hard to know when you’re teaching a group of eager youngsters that they were born into a country- that is considered one of the worst places to be born in 2013.

But during my service I never felt like Ukraine was a ‘hopeless cause’… I always felt as though it was one of those rare places where hope could be right in front of you. Maybe it took really being there to see the beauty of ‘that country‘ that has been on the news lately.

I miss the heart of ‘those people‘ so much, that I can still see the beauty in Ukraine even though its capital is on fire.

I’ve been trying to distance myself from the news lately… because when a country you love is facing the prospect of martial law and is on the brink of collapsing.

It is hard to watch. I know the people ‘over there’.

They are more than a 1 minute news segment, they are very real people.

Who so desperately deserve a happy ending… a peaceful resolution. 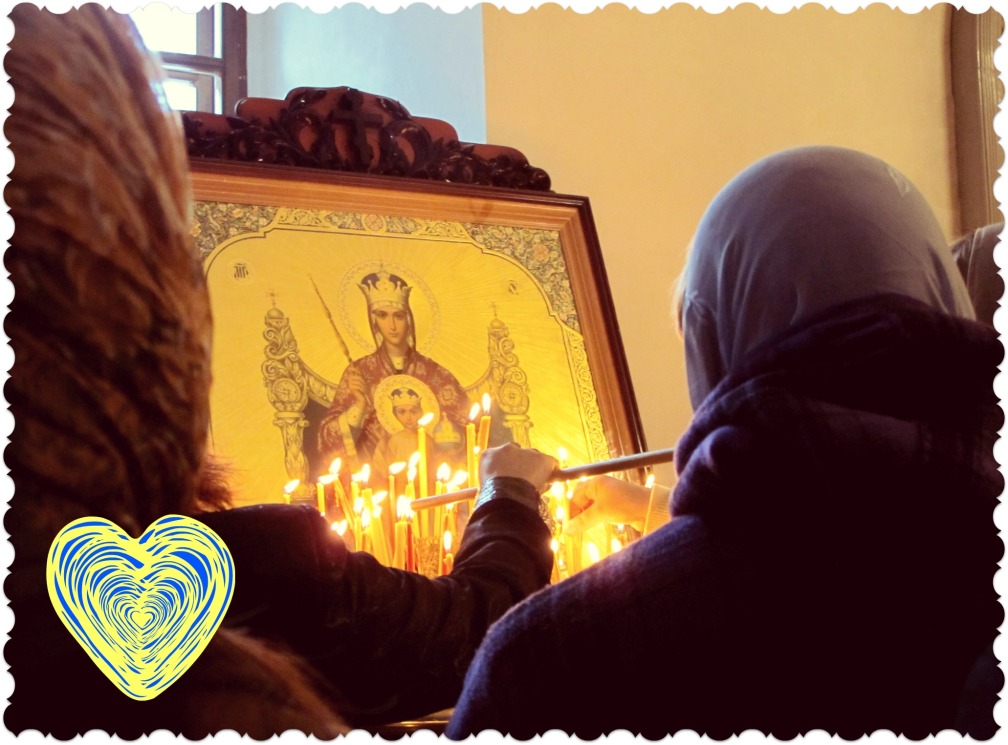 A return to normalcy… Well maybe not ‘normalcy’ because, Ukrainians deserve so much more.

During my service  my Ukrainian normals included  a local official holding my documents hostage until I gave him vodka and dealing with a paperwork nightmare in which, I had to go to Moldova to have my Ukrainian work visa fixed.

Before you judge me for those complaints. I realize Ukrainians get “Ukrained” far more often and in much worse ways…

During my service my co-workers, friends, and neighbors dealt with issues such as a local garbage collector deciding to take a month’s vacation (ceasing all garbage collection in their area), going 3 months without receiving a pay check, being evicted without proper notification, and receiving a pay decrease (without being told by their employer)… That sort of ‘normal‘ for the Ukrainian people is disturbingly common and tolerated. Before coming, to Ukraine I made the assumption that Ukrainians may have held onto those old Soviet stereotypes/ideals… that they expect everything without working for it.

But Ukrainians are harder… they’re made of steel so when those ‘Ukrained‘ events happen… they just shrug it off saying ‘such as life in Ukraine’ without even batting an eyelash.

Ukraine is a country that historically has become associated with hopelessness. A land where there is a proverb “He who smiles is a fool.”

After all what is there to smile about when you say “Ukraine” and the first thing that comes to mind is the world’s worst nuclear disaster?

I know what the protestors on Maidan have been fighting endlessly for since, I left in December…

Because when you work with Ukrainian children you know the future that’s at stake.

As a Peace Corps volunteer we sign an agreement to stay politically neutral during our service. We can listen to Ukrainians talk about politics but, we can’t state our personal opinions when it comes to our host country’s politics.

Why? Because, we leave the job of politics to politicians. As volunteers we’re simply there to work in areas of need.

We come to teach… but mainly to learn.

And Ukraine taught me so many lessons.

But it doesn’t take a conversation with a Ukrainian or living in Ukraine… to realize ‘democracy‘ in Ukraine isn’t really democracy.

When a government imprisons its own citizens and political opponents indefinitely.

Shoots those who disagree with them. 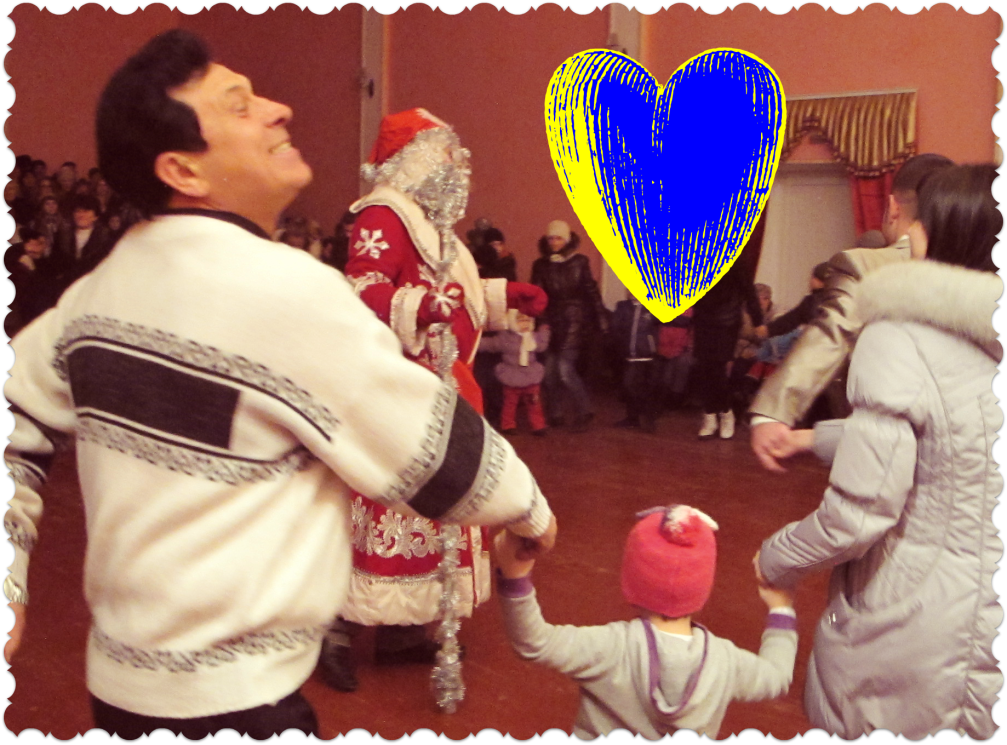 And is so willing to kill their own countrymen and label those who disagree with them ‘terrorists.’

Ukrainians shouldn’t have to tolerate that kind of terrorism from their own government.

This conflict is no longer about EU membership – it has become Ukraine’s  own personal battle for independence.

And while our late-night comedians and Stephen Colbert mock Ukraine’s personal tragedy as men and women live on Maidan with only kitchen equipment to protect themselves, a home-made catapult, barricades made of melting snow, and keep a fire blazing in order to create clouds of smoke to deter an armed police force that wants to shoot them (and will shoot them if they can). We have to remind ourselves that in the interest of peace and friendship. Ukraine’s plight is our plight.

And no one should have to live in that kind of daily terror created by their own government..

As the story in Ukraine progresses it seems like the fire that  was once only on Maidan will spread to the rest of the country… leaving an uncertainty in its wake.

That martial law will not be declared in Kyiv and elsewhere (although from the rumors I’ve heard it seems… that’s inevitable).

As my Ukrainian friends wait in lines to withdraw money from ATMs, collect snow to use for water in the event gas stops coming into their homes and their water pipes freeze during the winter.

All the while trying to stock up on staples such as bread…and maintain normalcy for their families amidst this crisis.

I keep looking through my photos and holding onto the crazy hope that the Peace Corps., organizations working with Ukrainian orphans and street children can continue uninterrupted despite the political tension between the West and Ukraine’s government.

Because, I know how much volunteers mean to ‘those‘ kids… and how much those organizations are needed.

I keep praying that the care package I recently sent to my students will reach them because, I wanted my students to be reminded they matter…

And I will continue to tell everyone how wonderful their country- REALLY is. And that the belief in freedom may just be stronger than fear.

Remind your neighbors that these protestors are not ‘terrorists’… they are merely fighting for the rights that in a democracy they should already have. 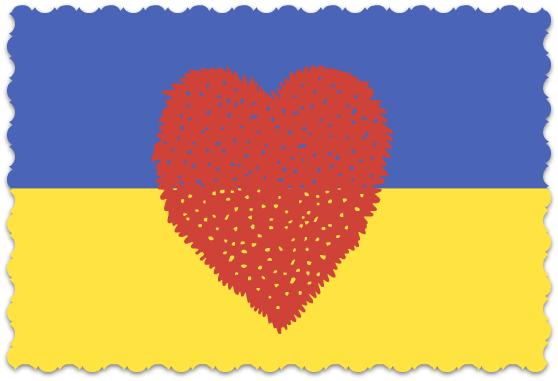 To my students/friends in Ukraine:  Hold onto the crazy hope you can change the world. Because you know what? The crazy ones always do.  😉

The contents displayed on this website are my thoughts and opinions and do not represent the positions, views, or intentions of the U.S. Peace Corps or the U.S. Government.